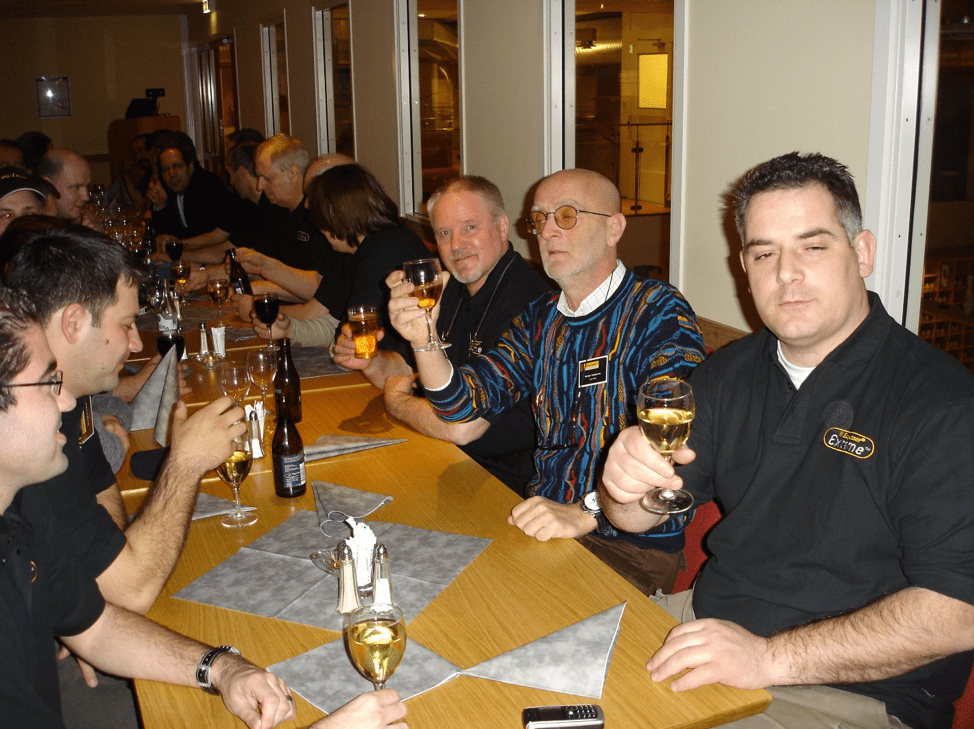 Why it’s Important to Network with the Easy-Laser Family

Figure 1 (above) – John Lambert, Giorgio Tomljanovic and Mauro Regali enjoy a night out during the annual Easy-Laser Sales meeting in 2006.

I recently had a colleague reach out to me to ask a question on bore alignment. He is based in Europe and is one of the newer Easy-Laser distributors. He wanted to know if you could use a shaft alignment system to do bore alignment. He had an E710 and he needed to do this work quickly so there wasn’t time to get the correct laser system or the bracketing. I explained that it is technically doable but not the preferred method. The reason for this, is if you are hand moving both measuring units inside the bore, the chances of you getting repeatability can be very difficult.

Anyways, I spent some time on this and wrote out the procedure. I even took a series of pictures to show him how it is done. But I did warn him that he would have to practice, practice and practice some more in order to make sure that he had repeatability.

We are all busy in our work lives but the reason I decided to take the time out and help him is because in the past I have been helped too and was very appreciative. I once had a shaft alignment demonstration to do where I could not rotate the shafts (in a nuclear plant). I knew the procedure, but I wanted to make sure that I had all the information that I could gather.

So, I reached out to the master of fixed shaft and turbine alignment – Giorgio Tomljanovic, another fellow Easy-Laser distributor based in Italy. He was an expert in this field, and he had no problem helping me. 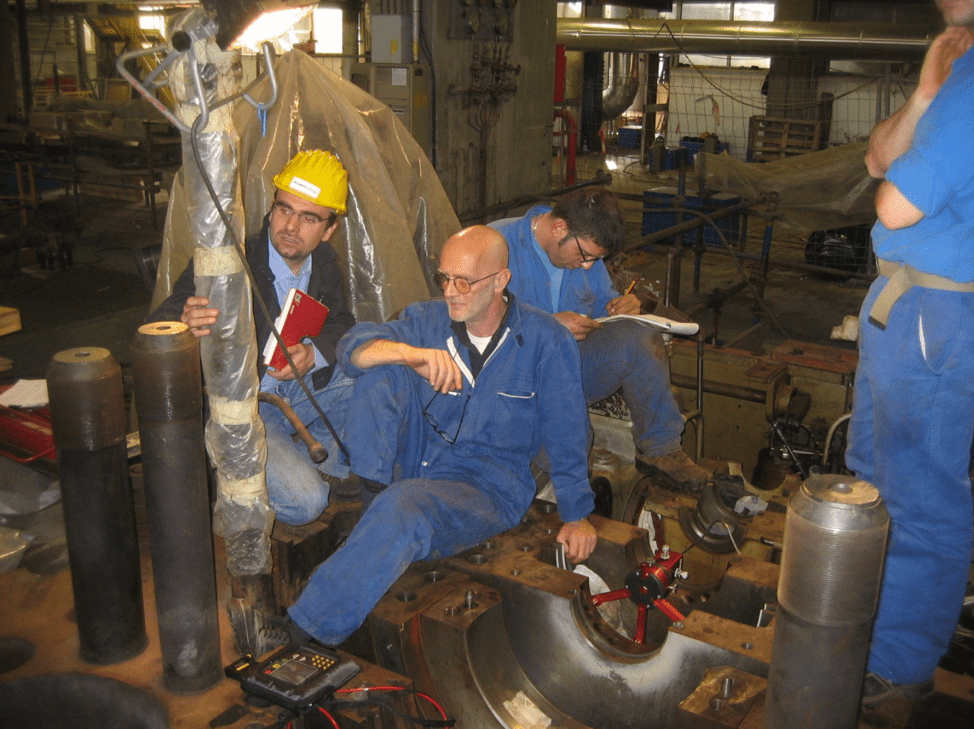 He told me I had to make sure that the magnetic block would fit the shaft. Meaning that I should “use the stone” to make sure that there were no edges on the block. That I should clean the shaft making sure there are no marks or dents. And most importantly, he said “train your hands.” This was a new one for me, so I asked him to explain. He said you must “feel the block into position.” 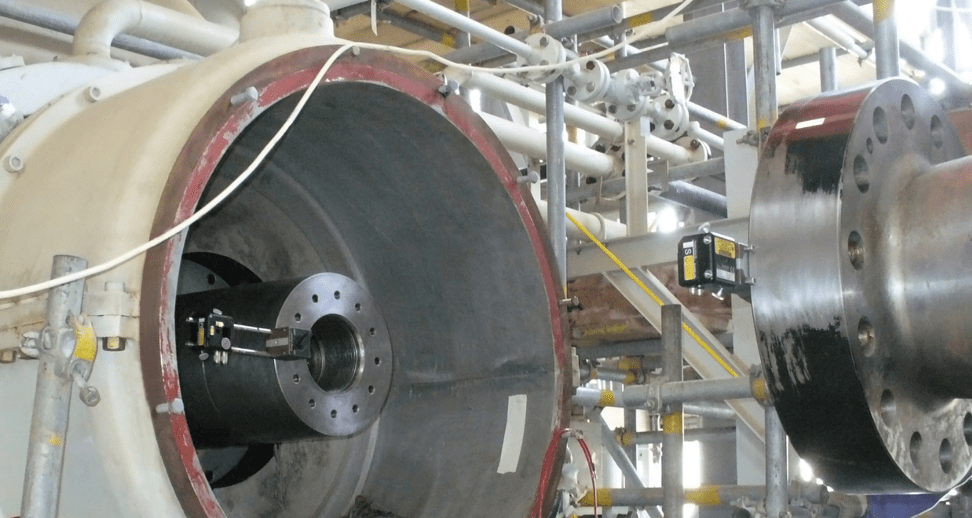 So, I worked at it on a mock-up training stand I made using machined pipe as the fixed shaft.  And of course, he was right. When I started, I was frustratingly close but not good enough. I tried different methods (using pins, one pin, no pins) and in time I got very good at it. I would work in Easy-Laser’s powerful Values program and when ready, switch to the shaft program. Now Giorgio would never switch programs as he preferred to do the math calculation himself. 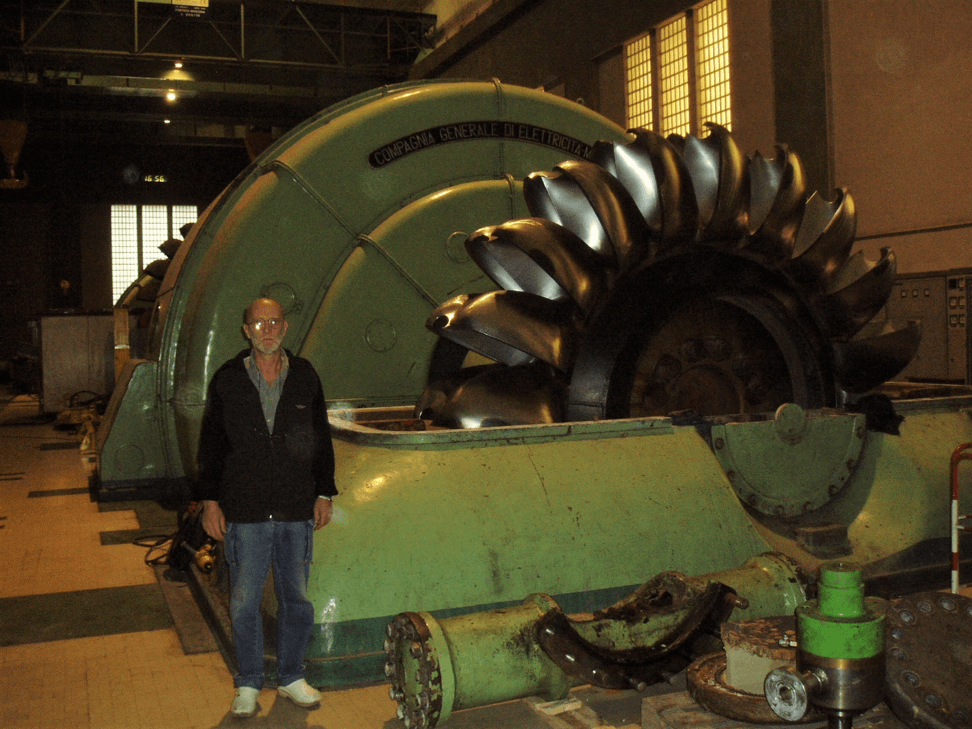 Figure 4 – Giorgio did a lot of work with General Electric.

We would often Skype each other so we could share in what we were both doing not only in our working lives, but to talk about our family lives as well. We would often talk and gossip about Easy-Laser. Now, the Easy-Laser family is large and getting bigger.

For instance, when I worked on creating the new ANSI/ASA S2.75-2017 standard, two very knowledgeable participants were Pedro Casanova and Alan Luedeking (both from Ludeca Inc.). When we started the work, they were respected competitors. At the end of it, they are family – Easy-Laser family.

I have been very lucky over the years getting help from many including Prosper Chekroun, Leif Törngren, Annika Törngren, Hanna Graffman, Mikael Terner, Giorgio Tomljanovic and Rich Henry just to name a few. I still call asking for help/re-assurance or just plain old support. One of my new sounding boards is Daus Studenberg from Ludeca. And if you work with Easy-Laser or one of their distributors, you should now begin to see what a wealth of knowledge this family has – it’s a lot. And you should use them as a resource when you need to.

Sadly, not too long ago we lost one of our very best when Giorgio passed away. When Giorgio would Skype me he would begin with “Hello my friends” as if there were two of me. And he would finish with “Ciao!”

I’m going to say Arrivederci Giorgio, which I know translates to see you later. Because if there is an afterlife, I would like to see my friend again. 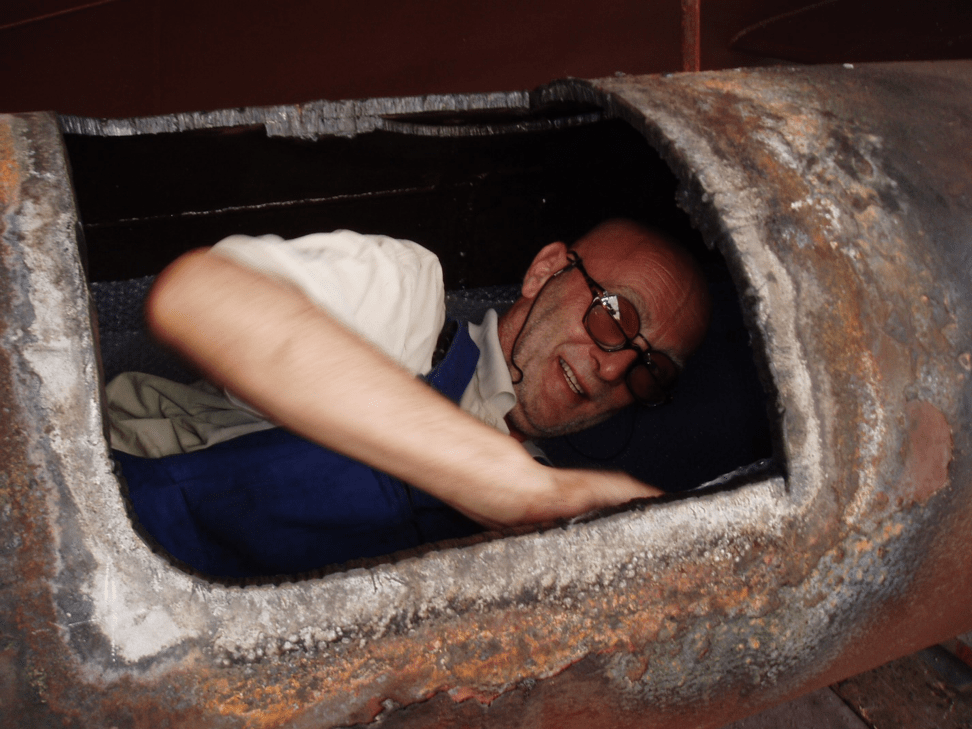